As a manufacturer of efficient infrared heating systems, we have been working hard for many years to achieve sufficient political and ecological acceptance for our products. These efforts demand a lot of us. Nevertheless, we never tire of confronting ignorance, lack of knowledge, and a strongly lobbyistic, negative and dismissive attitude.

We would like to take a stand and reflect on our experiences to date in the following essay. Hopefully we are making a small contribution to a gradual rethinking of the industry.

The manufacturer-independent information currently available on the Internet with a technically correct assessment of infrared heat from an ecological point of view is (said in a diplomatic way) somewhat limited. Strictly speaking, there are virtually no scientifically based investigations or holistic ecological studies.

Rather, one encounters a historically comprehensible, negative attitude based on the bad experiences with inefficient and ecologically unacceptable night storage heaters of the 1960-1980s. Unfortunately, these night storage heaters have shaped the opinion of ‘electric heating = inefficient and expensive’ for decades. And even then, lobbying played a decisive role, because without the influence of the major electricity suppliers this heating technology would probably never have prevailed. A heating system was created with artificially reduced electricity prices that was not impressive right from the start, just so that is was possible to sell the electricity produced at night by the poorly controllable power plants of that time. Nevertheless, the power-generating industry has pushed thousands of these heating systems into the German market and thus caused great damage to electrically generated domestic heat far beyond the service life of night storage heaters. Even today we are still fighting against the prejudices of that time.

A lot has happened since then. However, technological progress in electrical heat generation has largely gone unnoticed by the public. Hardly anyone has looked at electric heating systems since the turn of the millennium. Oil and gas were available in sufficient quantities and cheap enough for a long time that there was no pressing need to find alternatives. Only when a global awareness of the finite nature of fossil fuels and the dangers of global warming emerged was change initiated. Since the first international environmental summit in Rio de Janeiro in 1992, public participation in environmental issues has increased significantly. In the more than 25 years since, much has been discussed, but unfortunately only little has been actually decided. The interests of industrial giants and individual nations in global competition are too great.

„It feels comfortable, but is not good, to confuse the comfortable for the good.“

The history of mankind shows that sometimes great catastrophes are needed to rethink and break ingrained patterns. The terrible nuclear catastrophe in Fukushima in March 2011 not only caused untold suffering to thousands of people, but also prompted many people involved and uninvolved to rethink. Chancellor Merkel has also fundamentally changed her position on nuclear power generation and thus initiated the long-awaited energy revolution. Extensive political measures are set to liberate Germany from nuclear power by 2022. To this end, sustainable investments are being made in many forms of alternative energy generation. Solar, wind, hydropower and biomass energy are being promoted. 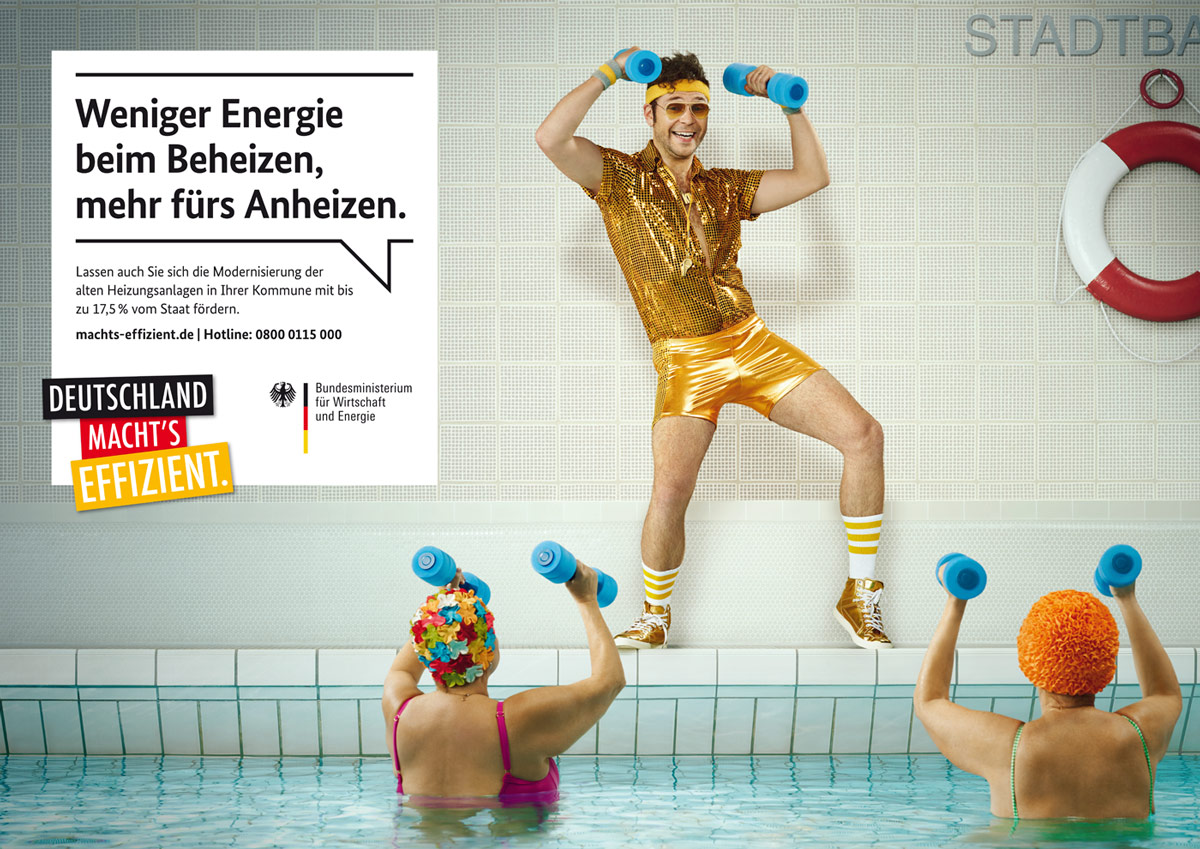 The Federal Ministry of Economics and Energy (BMWi) offers a series of support programmes under the umbrella of its campaign ‘Germany Makes It Efficient’ to involve industry and individual citizens in the energy transition. In the ‘Heating’ section alone, the authority currently lists 10 different programmes on its website. (Source) But searching for grants and subsidies for the installation or conversion to infrared radiant heat is futile. We asked ourselves why this is the case and asked the BMWi for their opinion. We received the following answer from the Ministry:

We will summarise the answer: Only heating systems based on renewable energies are eligible. An infrared heating system powered by electricity from renewable energies is not considered as CO2-neutral by the BMWi and is therefore not eligible for funding. On the other hand, heat pumps have been promoted for years. In addition, whoever operates the heat pump with power derived from fossil fuels receives a subsidy of over 2,000 euros from the BMWi. We ask ourselves: How can this be? CO2-neutral infrared heating is not promoted, but the possibly fossil fuel-driven heat pump is! That can’t be explained by common sense. In our opinion, the interests of the large heating companies set the tone here and thus influence the market to buy systems from which the industry can make the best possible profit. This is because these companies earn significantly more from a heat pump than from a simple but efficient infrared heating system.

This video shows the proximity of the German Chancellor to a large German heating company; she is there to personally communicate her congratulations on the 100th anniversary of the company.

In our opinion, the comments on YouTube rightly suggest that the Chancellor is too close to the company in question. For us, this video illustrates the close interaction between politics and business that exists in many areas of daily life; unfortunately this is also the case in the area of home heating and regarding questions of the energy revolution.

The fact that even today, climate-damaging gas and oil heating systems are still subsidised by the state is a fitting illustration of this. And this despite the fact that the German government itself recently called for complete decarbonisation in the building sector with its ‘Climate Protection Plan 2050’. The draft for the climate protection plan literally says: „Since buildings have the longest useful life – around 100 years – of all climate-relevant investments, it is extremely important to construct new buildings in such a way that they will no longer have to be dependent on the use of fossil fuels in the future.“ (Source)

There is obviously a considerable difference between the objectives formulated for the future and the current political framework. For us, this is one reason why Germany is far from being one of the leading nations in the use of renewable energies. The Scandinavian countries are far ahead of us in this respect. In Germany, renewable energy accounted for 14.6% of gross final energy consumption in 2016, while in Sweden it was 53.9 %, 39.3 % in Finland, and 30.8 % in Denmark. (Source) The Danes are way ahead of us, especially when it comes to decarbonising buildings. The state is radically influencing the energy transition in the building sector and prohibits the installation of fossil-fuel boilers in new buildings. The installation of oil boilers has even been prohibited for existing buildings since 2016. (Source) This makes the Danes a real pioneer internationally in terms of energy transition and decarbonisation.

Conclusion:
Welltherm GmbH and all other manufacturers who produce infrared heating systems in this segment represent a very small part of the German heating industry. We find it difficult to argue against prevailing disinformation and ignorance with facts, especially as we live in an era that is increasingly postfactual. Still, we will not be discouraged – not by politics, not by lobbyists and not by ‘false Greens’. We believe in a future for electric home heating that is based on ecological principles and are proud to be a technological and ideological pioneer.

In our opinion, infrared heat generation is the ‘Simon’ (Source: simon.energy) of the heating industry – i.e., the only way for almost 30 million rental and privately owned apartments (Source), primarily in urban areas, to assume and demonstrate ecological responsibility. The influence individuals on owners associations, and thus the chances of converting the heating system in the basement of an apartment building from gas/oil to a heat pump or a comparable environmentally friendly alternative, is in practice very low. This means that the individual can only decarbonise, i.e., free himself from fossil fuels, by means of decoupled, self-sufficient heat generation. In this situation, infrared heating currently has no ecological alternatives – just like Simon on the balcony – who also had to take a rocky path. (Source)